photos from Victor
First 'ace' for Bernard in Aldrich Rosebowl
Bernard Winter, who lifted many a trophy on the tennis court in days gone by, won his first bowls tournament on Thursday (June 14) when the second one-day club competition of the summer took place.
Bernard played with Gerrard Raven in the Aldrich Rose Bowl four-woods round robin against five other pairings.
Bernard and Gerrard dropped four shots to Roger Banfield and Eileen Ball on the first of their 15 ends, then won four back on the second.
Progress was steadier after that, and they finally recorded a net score of plus 13, ahead of John Lee and Ted Mitchell (plus 6) in second place.               Gerrard (Competitions Sec) 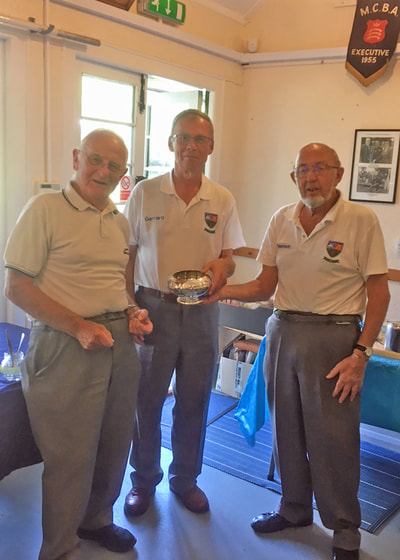 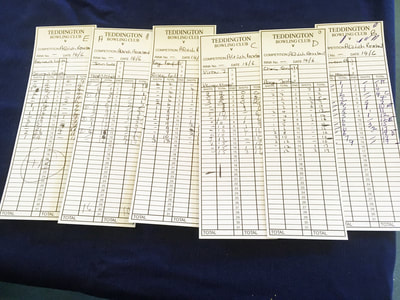