Teddington Bowling Club
Hugh Hartley in double 21-10 Finals wins
Hugh Hartley recorded convincing wins in two of the top competitions at this year’s Finals Day, played on a rather chilly, but fortunately fine, September 7 at The Grove.
He beat David Baker in the Championship and Jonathan Horner in the Handicap, in both cases by 21 shots to 10.
The Handicap victory will have been just as welcome as the Championship one, as it reversed the 2018 result when Jonathan beat Hugh to win the cup.
For the contest where the result was most in doubt until almost the end, we had to wait for the final competition to finish, the Open Pairs.
Roger Joslin and Ted Mitchell won the first set, Chris Caswell and Eileen Ball the second. The gentlemen then took one shot on each of the first three ends of the 7-end decider. They were lying shot in the fourth until Eileen trailed the jack to pick up four shots. On the next end, the ladies scored six shots. Even after this, however, they only won the set by 10-9.
In the other matches, Gerrard Raven picked up the Knapman Trophy, edging out Vernon Elmes by 18 shots to 12, and Bernard Winter beat David Ford in the Allen Cup – once again by 21 shots to 10.
Thanks to everyone who competed, umpired, marked, catered or merely spectated for a most enjoyable occasion. Gerrard 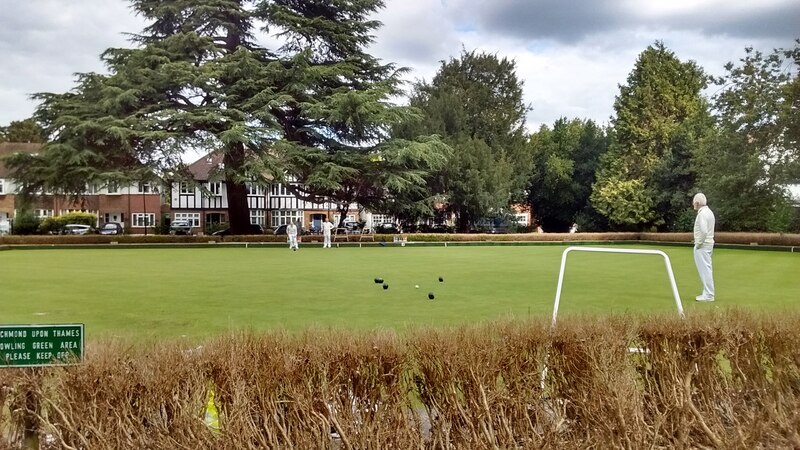 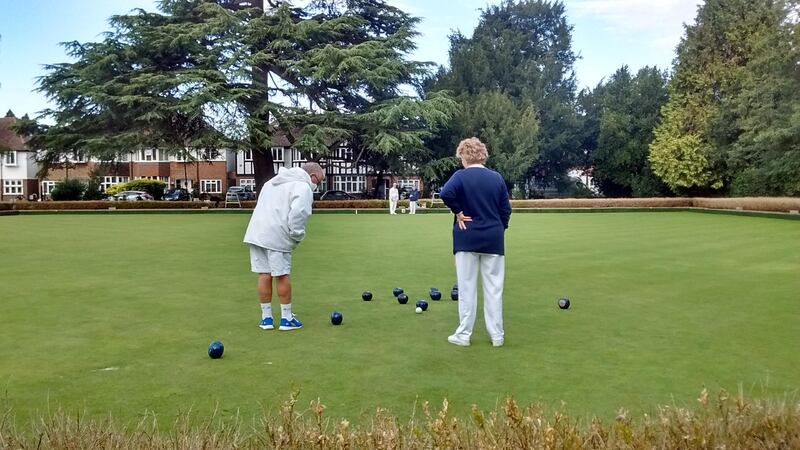 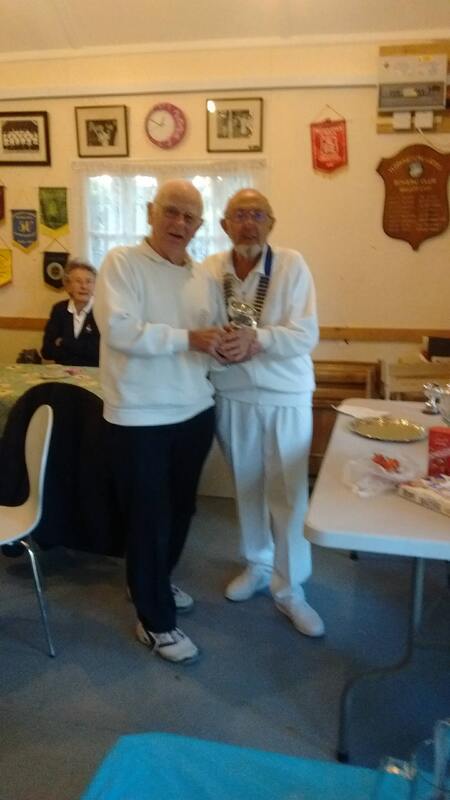 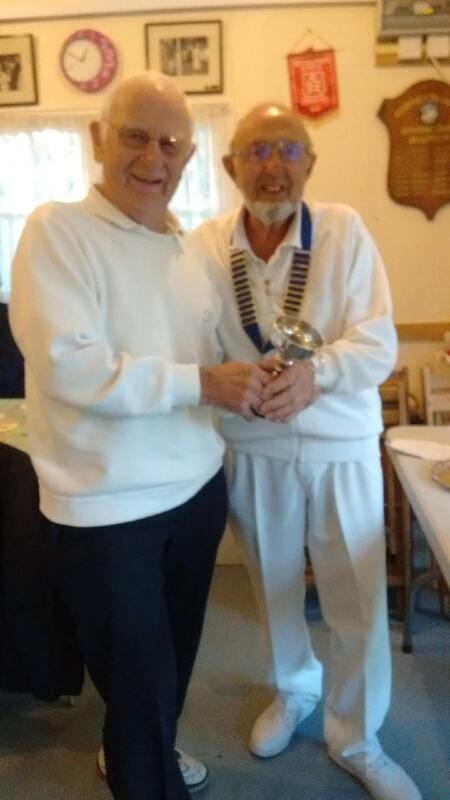 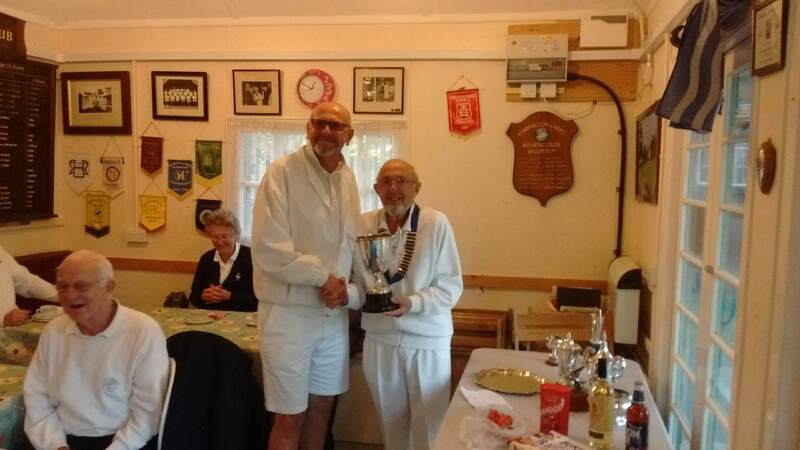 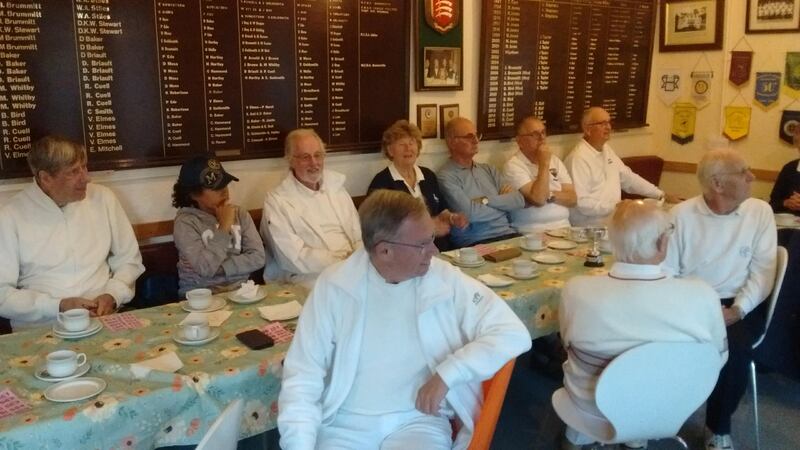 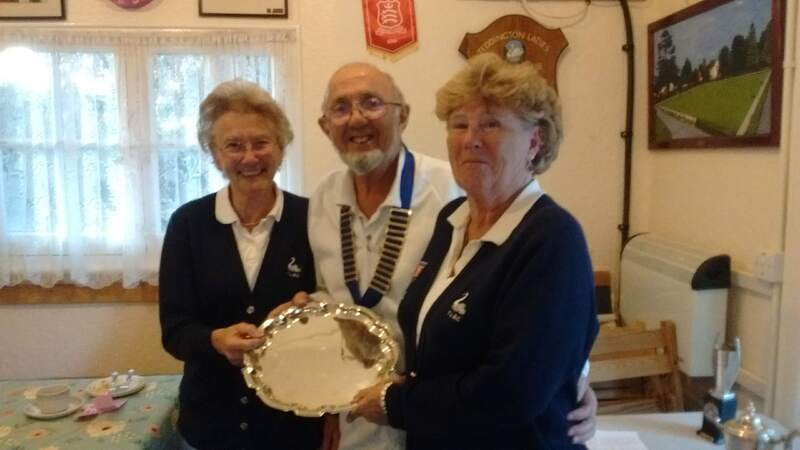 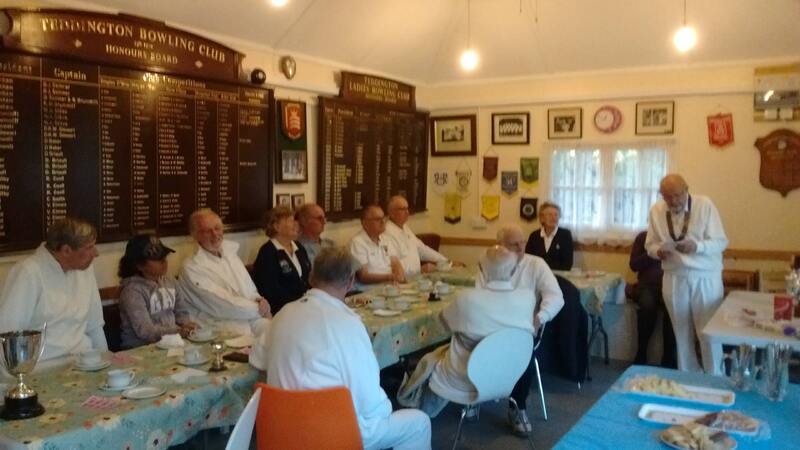 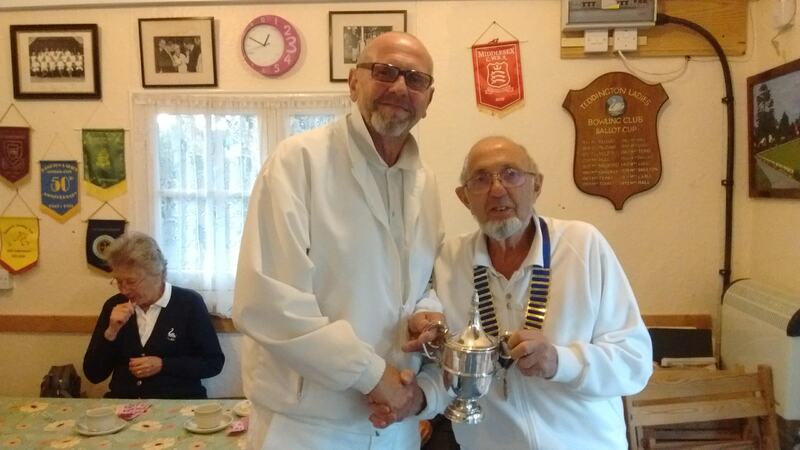