Jubilee Triples 2018 report from Gerrard Raven (Comps.Sec)
Sprinklers stop play in Jubilee Triples
The sprinkler system which keeps the Grove green well-watered made an ill-timed intervention at the first one-day club competition of the season, the Jubilee Triples, on May 12, causing an early end to play.
The 12 members taking part were already dampish thanks to steady rain when it started to spray jets of water onto the playing surface – and onto any bowler unfortunate enough to be in the way.
Not fancying a cold shower, players agreed to call an end to proceedings with two of the 15 ends yet to be completed.
The team of Roger Banfield, Ted Mitchell and David Baker who were up 10 shots at this stage were declared the winners, with Chris Caswell, Vernon Elmes and Bob Cuell second on plus 7.
The sprinklers are supposed to operate at non-bowling times of day, but it appears that repair work upset the timing mechanism.  Gerrard 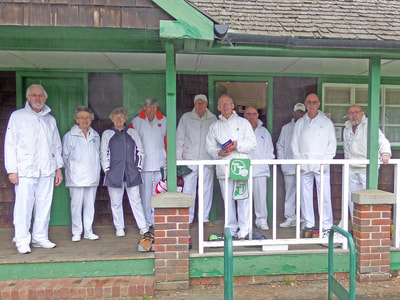 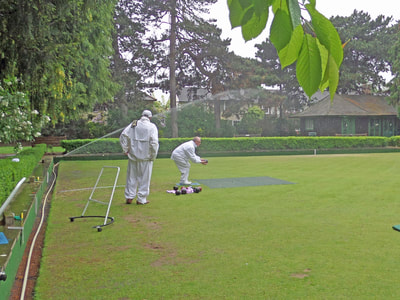 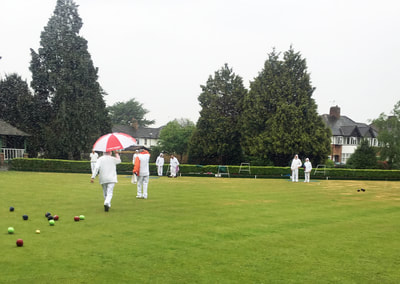 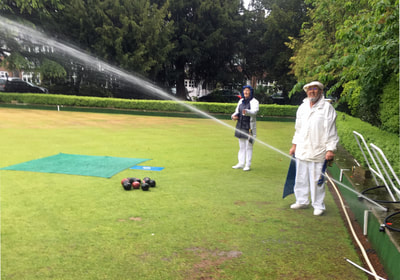 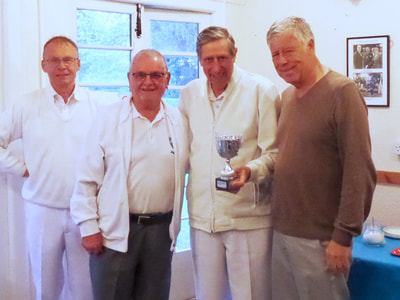 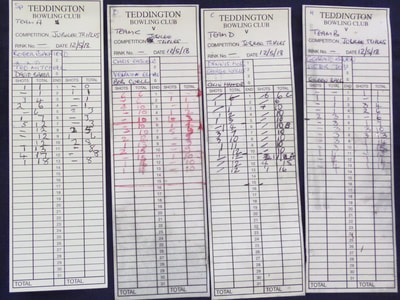