We win the Mayor’s Cup – somehow . .  report from Gerrard
The first match of the season – and we won a cup! This despite the only team in the competition actually representing Teddington BC suffering a narrow loss. It could only happen in the Mayor’s Match, the traditional curtain raiser for the summer for the four clubs which play on Richmond Council-owned greens – Hampton, Strawberry Hill, Sheen Common and ourselves. We acted as hosts this year because Strawberry Hill, whose turn it was, want to stage the match in their centenary year, 2020. So on Sunday April 28, we fielded four triples to act as the team of the Mayor, Cllr Ben Khosa, plus one to oppose him, and represent Teddington. The other three clubs provided one triple each also to play against Team Khosa. The Mayor’s team won easily, thanks mainly to Jonathan Horner, Chris Caswell and Colin Hammond recording a remarkable 43 shots to one victory on their rink. The “Teddington” three, Brian Caswell, Roger Joslin and Gerrard Raven, lost 15-11 to their clubmates representing the Mayor, Maureen Elmes, Eileen Ball and Ted Mitchell. But the Mayor presented the trophy to us because we supplied his winning team. Just as  importantly, a good, if slightly chilly, afternoon was had by all – even the Mayor’s chauffeur who won a raffle prize.
And at least one member of the Council has a better appreciation of the benefits to the community of the Richmond-owned bowls greens. Gerrard.
-------------
Christine our club captain has also written a report on this match :-
The long awaited start to the season began with the Mayor’s Match when the weather could have been kinder as it was very cold.  As was expected, after many of us having played indoors, it was hard going but no doubt we will improve as the season goes on.
It was difficult to work out how the scoring worked but Teddington won – whichever way the scoring worked.  The overall score was 88-43 and we won on 3 rinks out of 4 so I would say that was a pretty convincing win and it was pleasing to win against Hampton, although I am told it is the taking part and not winning that counts but I leave that for you to decide!

The Mayor came before the match and then after the match he kindly presented the trophy to Jonathan, Colin and myself as we were the winning team.  To add to my win, I also won a tin of sweets in the raffle so I had a good result all round.
Thank you to Maureen and Vernon for the tea they provided and thank you to all the members who played in such cold weather. Chris, Captain 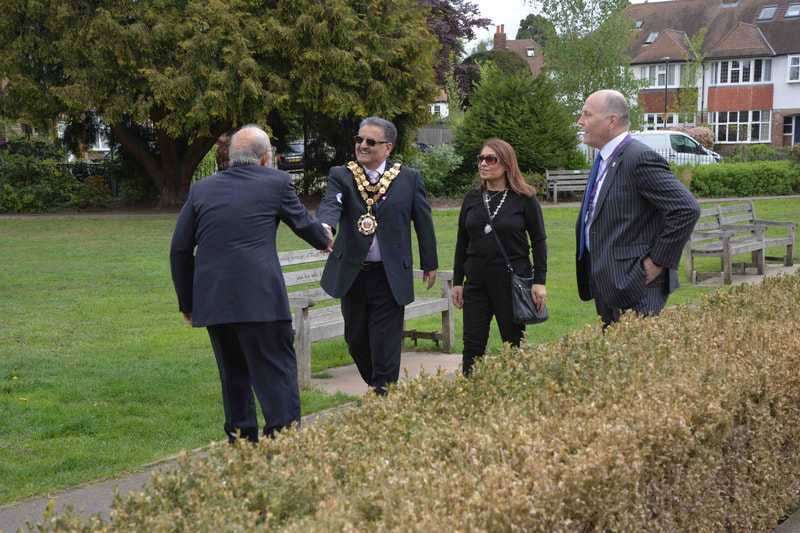 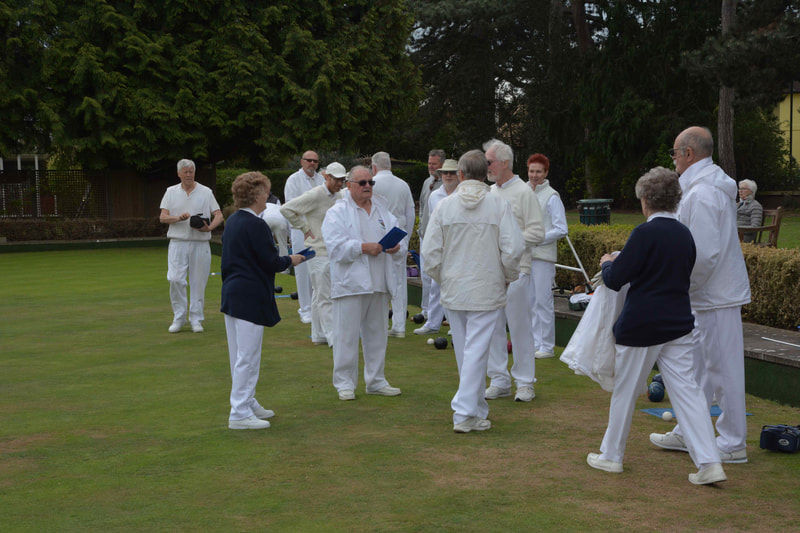 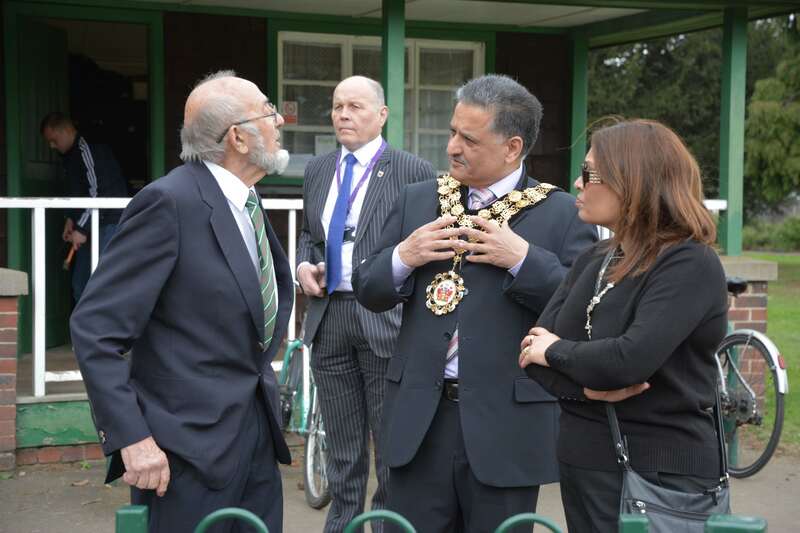 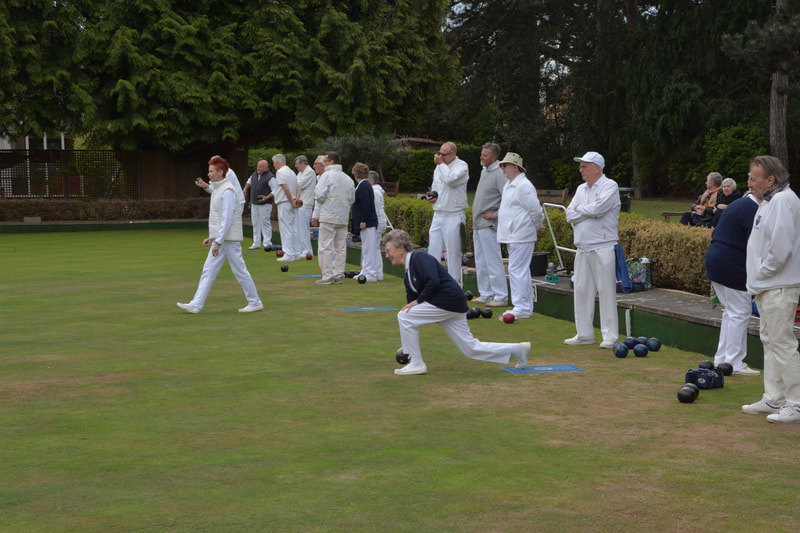 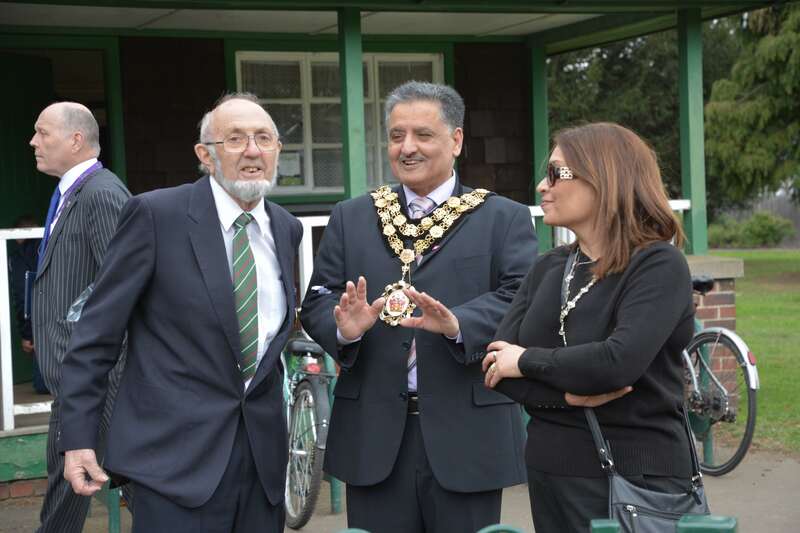 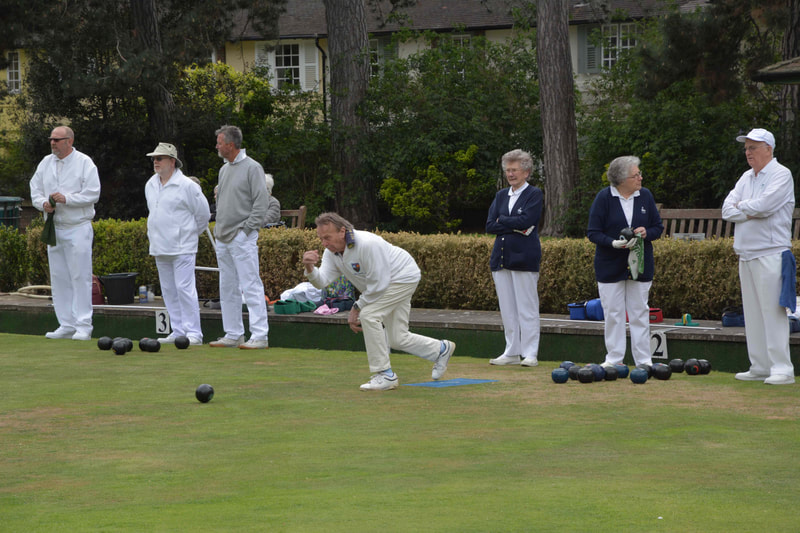 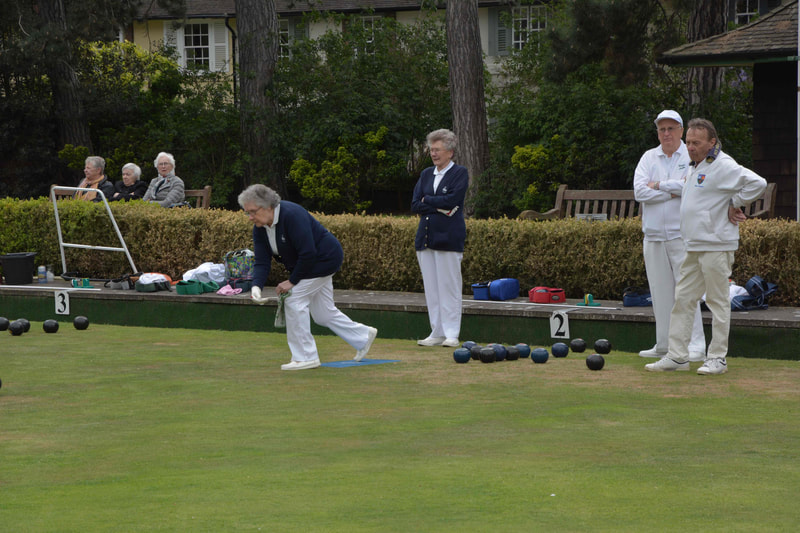 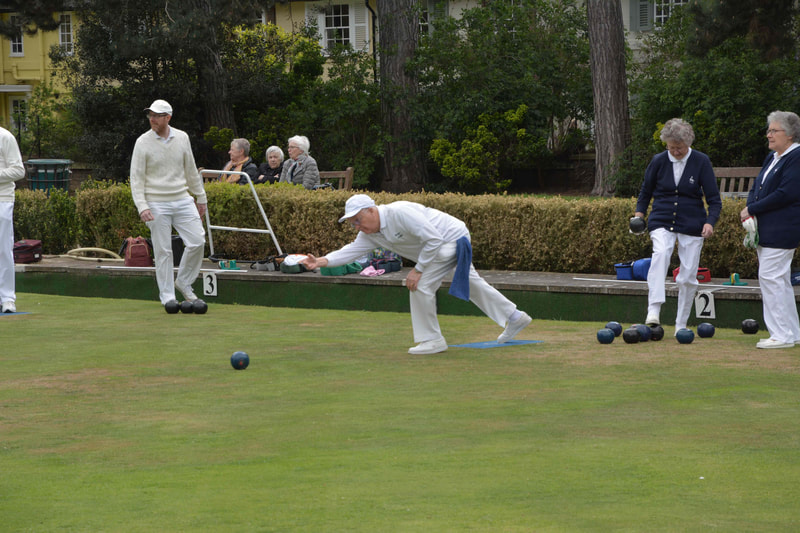 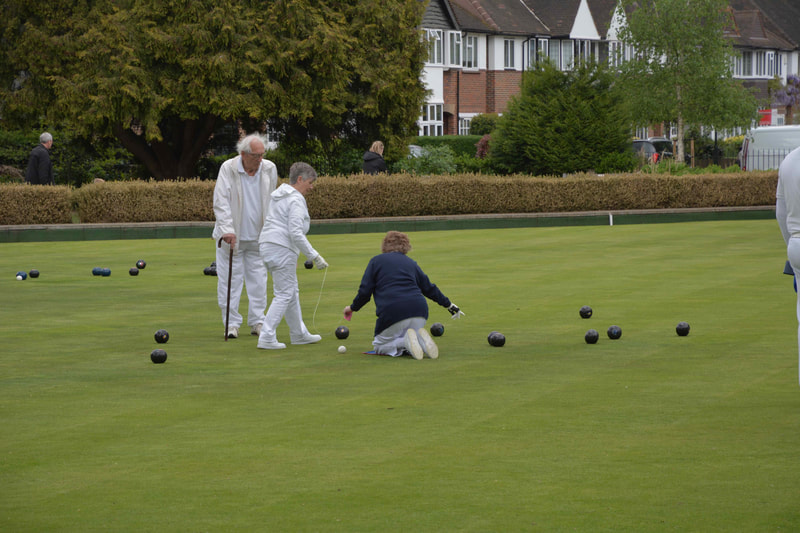 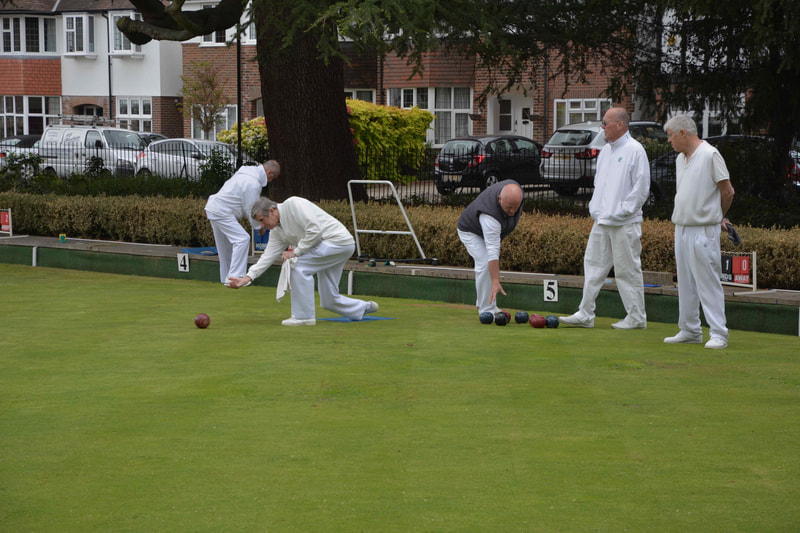 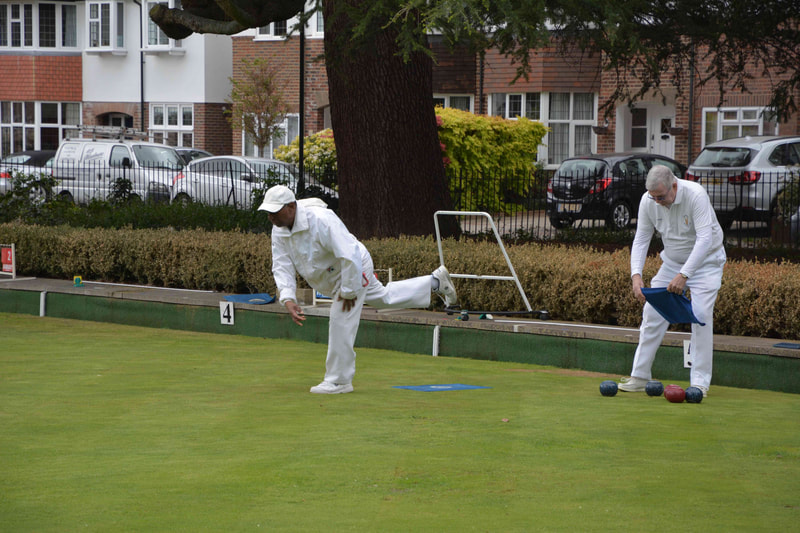 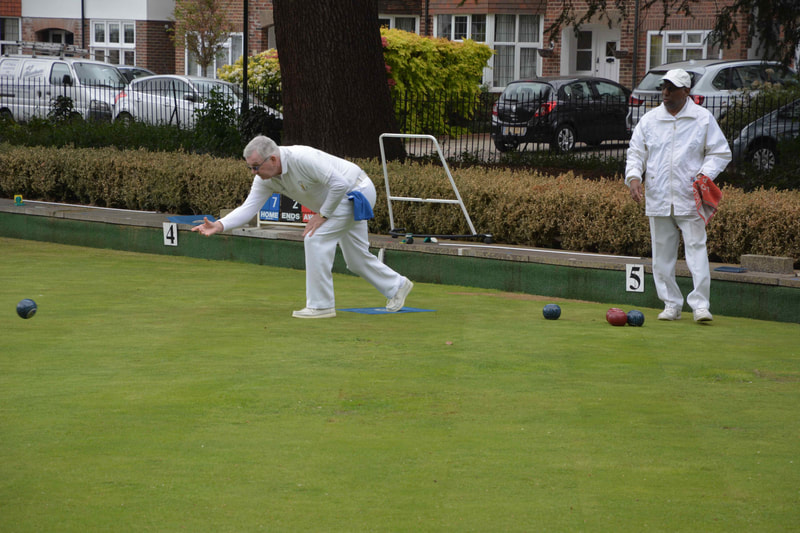 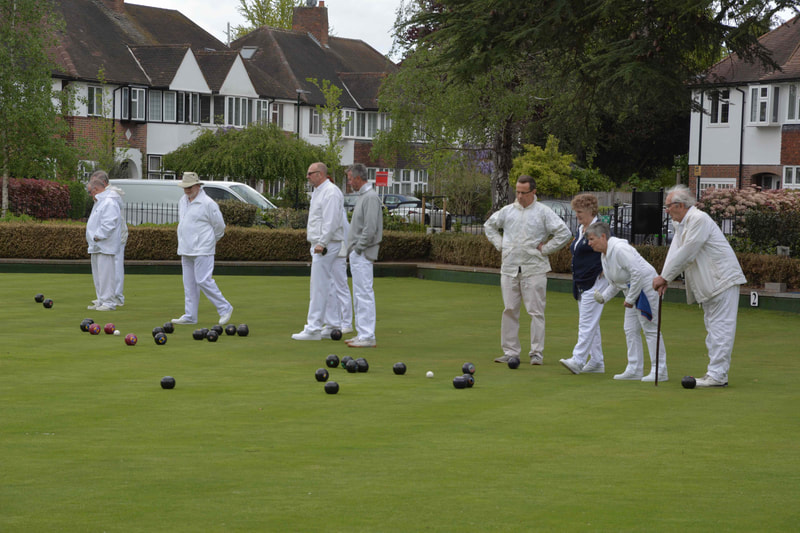 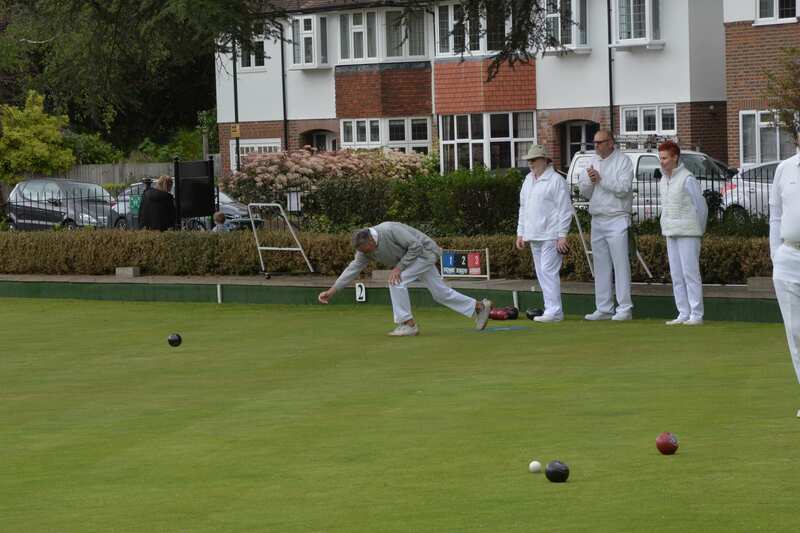