Finals weekend triumphs for Colin, new faces
Colin Hammond notched up an impressive three wins, including the Championship, but this year’s Finals Weekend at the Grove also proved a showcase for the talents of two relatively new members of the club.
Colin, who beat Bob Cuell in the blue riband competition, was also a member of the winning combination in the Open Pairs along with Brian Caswell, and won the Knapman Cup.
But the Knapman win was only by a single shot against Bernard Winter, his much less experienced opponent. Bernard swallowed his disappointment at just failing to set up a sudden death decider, and went on to beat Roger Joslin in the Allen Cup later that afternoon.
In the handicap, Jonathan Horner, given a novice handicap of -1 at the start of the season because his form was relatively unknown, beat last year’s winner Hugh Hartley without needing his initial five-shot cushion. He had only played once before with the bowls he was using.
Thanks, as always, to those who played, marked, catered, spectated, and helped in other ways to make this a most enjoyable weekend. Wall-to-wall sunshine also helped.
Results:
Championship: Colin Hammond beat Bob Cuell 21-16.
Knapman: Colin Hammond beat Bernard Winter 15-14.
Handicap: Jonathan Horner (-1) beat Hugh Hartley (-6) 21-8.
Open Pairs: Brian Caswell and Colin Hammond beat Stuart Brown and Eileen Ball 10-5, 7-3.
Allen Cup: Bernard Winter beat Roger Joslin 22-14.
GERRARD 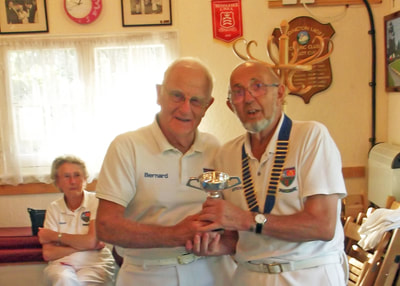 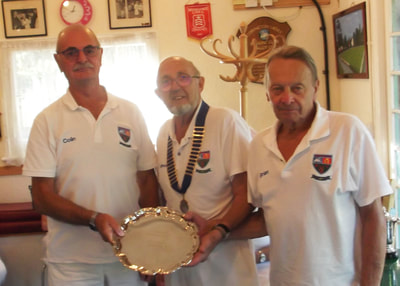 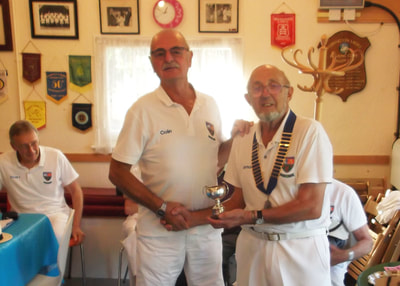 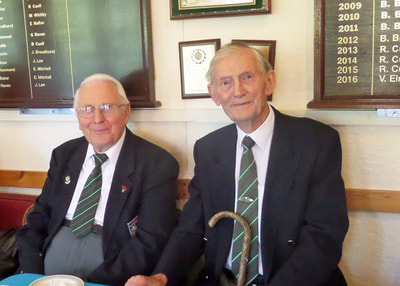 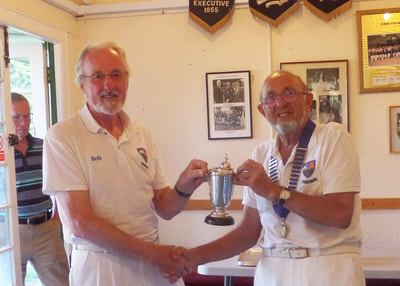 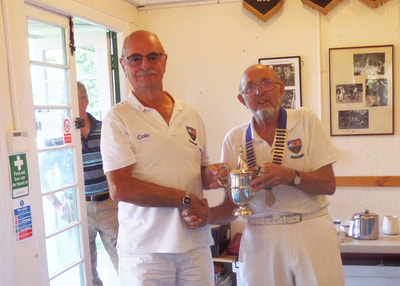 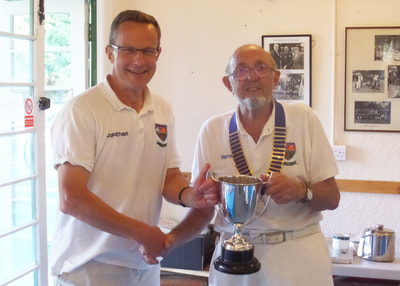 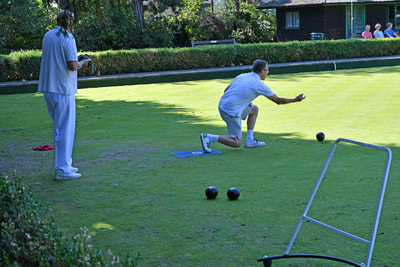 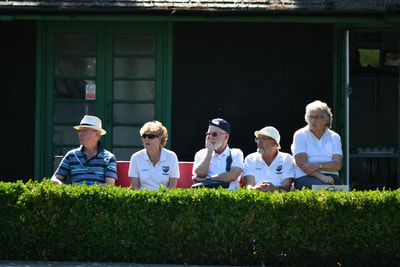 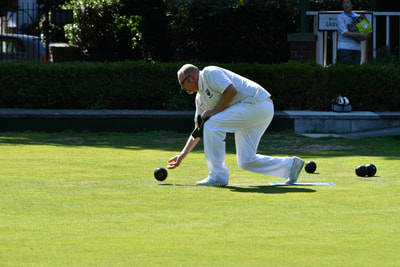 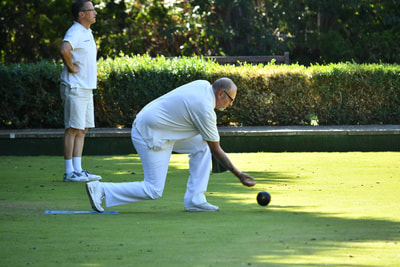 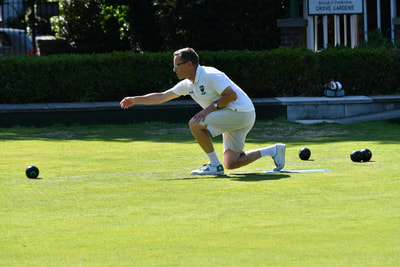 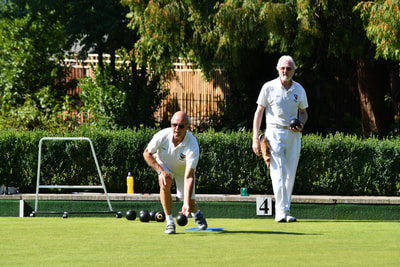 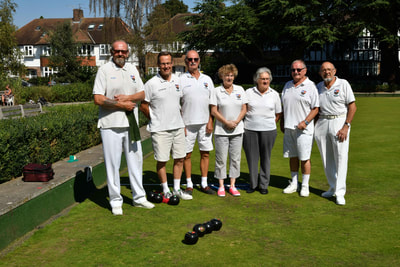 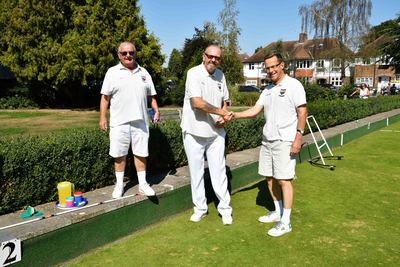 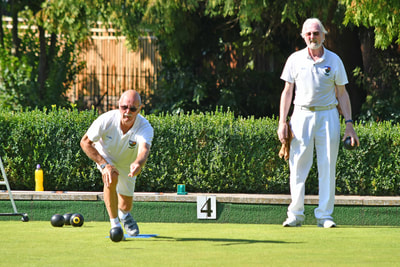 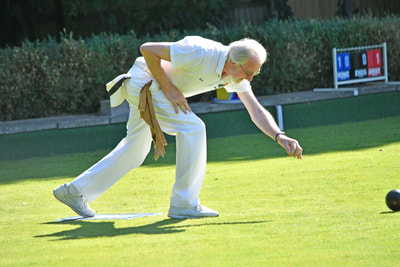 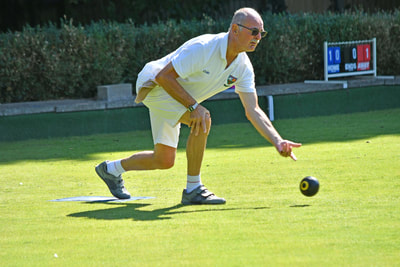 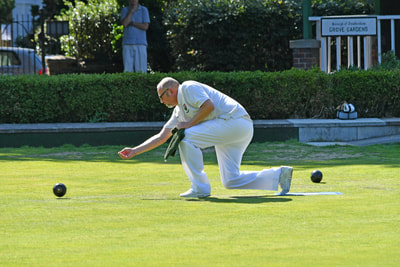